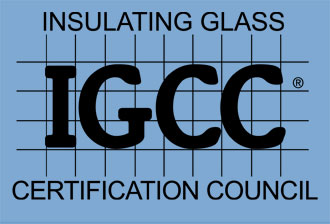 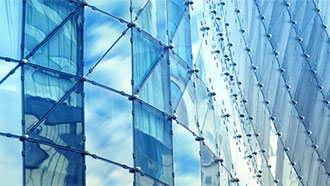 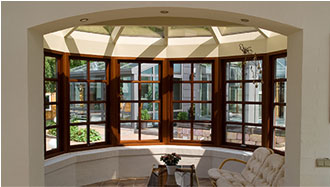 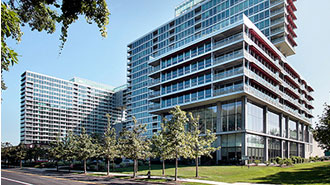 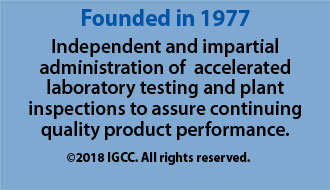 The Insulating Glass Certification Council (IGCC) has conducted several pilot studies during the past five years to define a path to faster certification and better prediction of insulating glass (IG) unit performance.

The studies have utilized shortened ASTM E-2190-type exposure testing, along with additional quality assurance criteria and the results compared to full E-2190 test results. In the most recent pilot program, additional units were tested in two other types of accelerated weathering chambers, as well as the E-2190 type chambers, and the results were compared to each other as well as E-2190.

There is known variability in E-2190 results, some of which is likely due to differences in the design, construction and interpretation of operation of existing E-2190 chambers. Therefore, 100-percent correlation to E-2190 is probably not realistic. The goals of the PC program are to:

The primary focus of IGCC’s efforts have been to define a path to Provisional Certification, which would better predict IG unit quality and allow a manufacturer to certify compliance of an IG product, pending the outcome of full ASTM retesting. Provisional Certification would only be applicable for designs and materials that already have a successful track record with tests.

The results of the pilot studies also led to the decision by the IGCC board to approve and fund a new research and development initiative to develop an economical accelerated weathering chamber which will create cycles to stress the sealants, different from the current high- and low-temperature cycles in ASTM E2188, which are very time consuming.

A prototype chamber is currently under construction. An initial research and development program is being developed to verify the capabilities of the chamber, and to establish viable parameters for the environmental cycling. This program will use advanced capability sensors from FDR Design (iTig sensors) to continuously monitor the conditions inside the IG units during the process. IG test units with reduced desiccant and/or defined defects will be specially fabricated for this effort, in order to accelerate results, and to reduce or eliminate the tendency of the desiccant to mask or delay the detection of moisture inside the IG units.

The goal is to produce a simple, rapid, flexible and repeatable method to evaluate the durability of IG units. If the research and development effort yields promising results, IGCC plans to build more chambers, place them in independent labs and conduct a new pilot study to test IG units in parallel with E-2190 testing to compare results.

While exact correlation to E-2190 is unlikely, it is hoped that a simpler, more economical weathering chamber will produce more reliable results in a shorter time, with much less cost and effort than current testing methods. Another anticipated benefit of this simplified testing chamber is that it will allow the flexibility to test to much higher standards, for applications such as structural or commercial/high rise use where IG failures may result in much higher risk and cost than in the typical residential application.